Twitter is currently making the headlines due to the impending court case between the organisation and Elon Musk who wants to pull out of his takeover bid of Twitter due to a concern over how many accounts are actually fake and generated by bots.

This big news story has overshadows the social medias platforms move into shippable ads with the launch of the twitter sales channel supported by Shopify. Twitter moved into tagging products in tweets way back in 2015 and a ‘buy on twitter’ button which didn’t take off.

This latest release is a better integration with Shopify where people can promote products within the twitter feed, and the user experience is also a little smoother with product tiles shown as a carousel inside the app.

Twitter and Shopify claim that 93% of heavy users surveyed would be highly likely to purchase something through twitter shopping figures. This seems to be a inflated statistic as it focusses only on heavy users, however Twitter fans are very trusting of the app and among the main social channels Twitter does have a high level of trust among its user base.

The solution is only available in the US and businesses will need a Twitter professional account in order to get everything set up. The Shopify blog states:

“The Twitter sales channel will take your social media strategy to the next level, with customers able to discover products from your profile. 76% of people surveyed by Twitter agree that conversations on Twitter have resulted in them making a purchase, so why not position your brand for a slice of these sales by installing this new sales channel?” 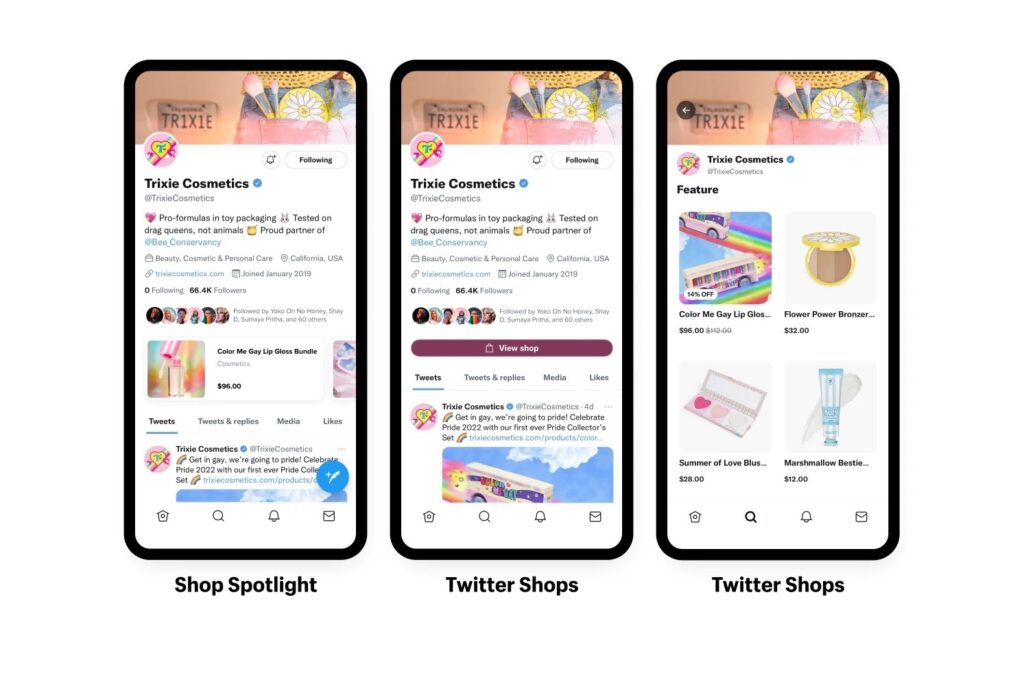 It’s not entirely clear how popular the ad product will be, the current promotional video of the new product on YouTube has so far received 1.4K views but only 19 likes. Twitter also is the smallest social media platform compared to Meta, TikTok, and Snap chat. Reddit has also grown significantly in recent years and some reports show that Reddit is now on par with Twitter.

Twitter join TikTok as a company that have partnered with Shopify, and Meta have also worked on improving their shippable ads solution, however fully integrated shoppable ads solutions are still a little off the mark. Many vendors have complained that TikTok ads in particular have not provided a very strong shopping experience for users, especially when directed to e-commerce sites.

Checkout our other post here on live streaming shopping

Shopala is a mobile shopping ads platform that enable a shopping experience within an advertising environment on mobile. Ad to checkout in 30 seconds.